Inside Look at Building 37 (Steam Plant)

Ever wonder what it looks like inside of Building 37? Building 37 is the building that is perched directly on the banks of the Saco River, and it has the large brick smoke stack which has now become an icon and landmark for Biddeford’s historic downtown and mill district. Building 37 is also known as the steam plant or boiler house. Built in 1916, the steam plant was used to create steam to power machinery throughout the mill, make electricity, and provide heat in the winter. The steam was used throughout the Biddeford and Saco mill districts and even powered some homes and buildings on the downtown grid. The steam plant drew in water from the Saco River and heated it up with the large coal boiler (shown in the photo below). In 1936, the plant was switched over to and oil-fired boiler to replace the antiquated and dirty coal boiler. Decades later it was switched over to natural gas, which was more cost-effective. The steam plant was shut down in 2009 when WestPoint Stevens closed and was bought by developer Doug Sanford. A portion of Building 37 is now home to Motorland Vintage America, where antique cars are restored and on display. Building 37 still houses the large coal boiler, and the Pepperell Mill Campus plans to have those removed and turn the building into a one-of-a-kind restaurant, brewery, or night club in the future.

SEE ALSO: Mill Artifacts Take Center Stage in the Big Apple
“After a recent order, the good folks at Hecho tipped us off to a New York Times story that featured a picture of the boiler doors they had purchased over the summer. The doors came off the old 18th century coal fired boiler that still stands in the Steam Plant at the Pepperell Mill Campus. The doors are 7 feet long, 5 feet tall and weight several hundred pounds.“

Check out the video tour and photos below! 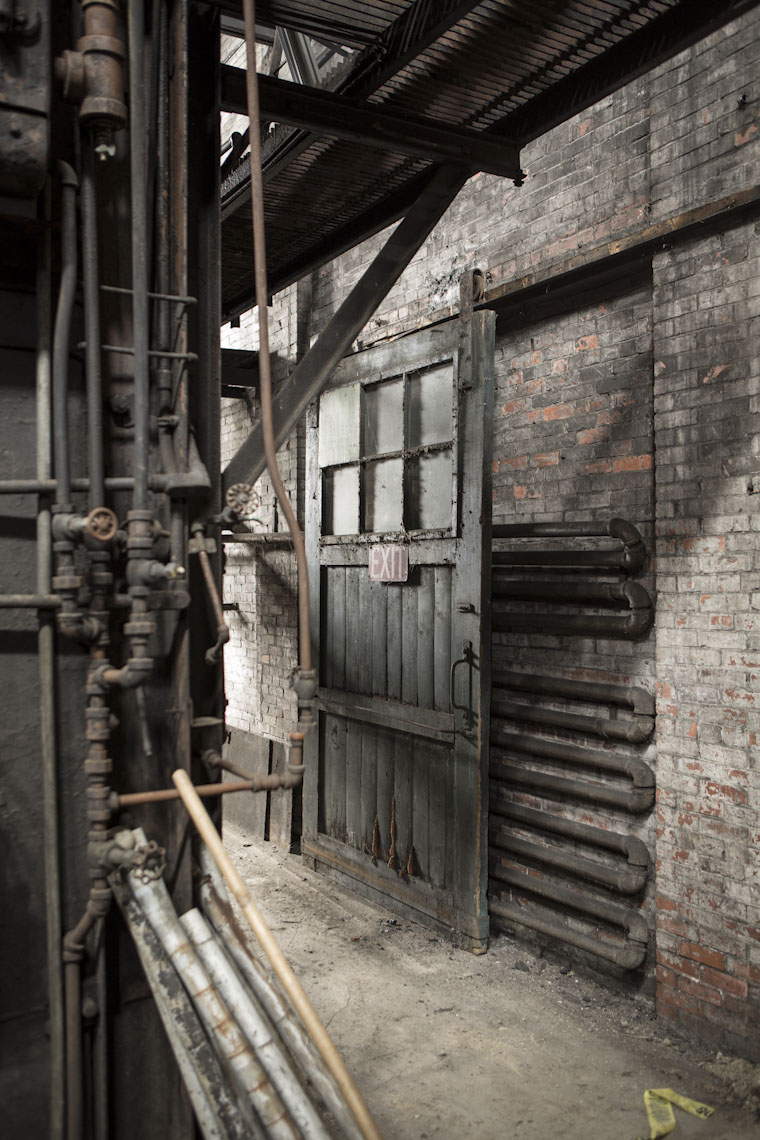 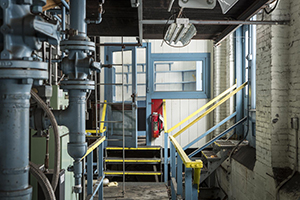 Previous All Blogs Next

Our monthly newsletter keeps you up-to-date on current projects, events, and other news
here at the Pepperell Mill Campus.